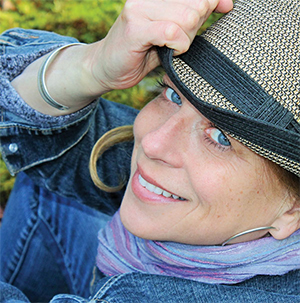 Shelley A. Leedahl is a prolific multi-genre writer. Her work has frequently been anthologized in books ranging from Great Canadian Murder and Mystery Stories (Quarry Press) to The Best of the Best Canadian Poetry in English, Tenth Anniversary Edition 2017 (Tightrope Books). She has regularly led creative writing workshops and enjoyed Writer-in-Residency positions with the Quebec Writers Federation, the Writers Guild of Alberta, the Saskatchewan Writers Guild, and Sage Hill (Youth Writing Camps in Saskatoon and Moose Jaw, SK). She also works as an editor, manuscript evaluator, book reviewer, and freelancer, and often presents in schools and universities. She was employed as a radio advertising copywriter for several years.

Leedahl has been the recipient of a number of national and international Fellowships. In 2009 she was a Fellow at Fundacion Valparaiso, in Mojacar, Almeria, Spain. In 2006 she was awarded both the Wallace Stegner Grant for the Arts (Eastend, SK) and a Fellowship to attend the Hambidge Center for Creative Arts and Sciences in Georgia (US). In 2004 she was a Fellow at the Hawthornden Castle International Retreat for Writers (Scotland), and in 2002/2003 she was one of five Canadian writers selected for the Canada-Mexico Writing/Photography Exchange in Mérida (Mexico) and Banff.

Other career highlights include participation in the Labrador Creative Writing Festival, and having her children's book, The Bone Talker selected for a White Ravens designation and publication in Braille. She has thrice been shortlisted for the National CBC Radio Literary Awards (Poetry Category).

Aside from writing, Leedahl enjoys long distance running; hiking; building community; and playing piano, guitar and singing each week in a seniors' lodge. She is the parent of two adult children, Taylor Leedahl (also a writer) and Logan Leedahl. The Saskatchewan-born and raised writer now lives in Ladysmith on Vancouver Island.

Visit her web site at www.writersunion.ca/member/shelleya-leedahl