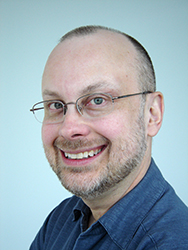 Robert J. Sawyer — called "the Dean of Canadian Science Fiction" by the Ottawa Citizen and "Canada’s answer to Michael Crichton" by the Montreal Gazette — has published over 20 novels, including the Hugo Award-winning Hominids, the Nebula Award-winning The Terminal Experiment, and the John W. Campbell Memorial Award-winning Mindscan.

At the 2017 Aurora Awards the Canadian Science Fiction and Fantasy Association honoured Sawyer with the Best of the Decade Award.

For more information on Robert or his books...